For as long as we have been coordinating whistleblowing procedures, some 15 years now, there has been a discussion in The Netherlands on whether or not whistleblowers should be entitled to receive a reward. The United States have been doing so for years. The rewards granted vary between 10 and 30 percent of the fine or settlement amount, that results from the whistleblowing report. In October 2021 for example, the US CFTC announced a reward of almost 200 million dollars for a whistleblower. Some other countries, like Canada, Australia, South Korea, Hungary, Poland and Slovakia also offer whistleblower rewards.

A question that often arises is whether offering rewards lead to more or better reports. The British supervisors FCA and PRA had this researched in 2014 and it turned out not to be the case. There is also the question whether blowing the whistle should be rewarded; shouldn’t every citizen just do so?

We would not be surprised if the offering of rewards to whistleblowers hardly leads to more or better reports. After all, most whistleblowers that we worked with were engaged employees, who were convinced that something was wrong. That is why they submit a report; they are intrinsically motivated.

According to the statistics, tens of thousands of reports must be made in The Netherlands each year. Most whistleblowers’ reports are apparently handled quite well; as an outsider you don’t hear about these cases. But sometimes things go wrong. And some of these cases end up in the public domain. Often, these cases turn out dramatically for the whistleblower. They are pestered, bullied, fired and then find it difficult to obtain a new job. It is precisely in these cases where you regularly see that the whistleblower was right and the organisation concerned receives a huge fine. However, while the whistleblower ends up in a bad situation, the consequences for the people responsible for the misconduct and/or who retaliated against the whistleblower are often much smaller.

Could it be that we are asking ourselves the wrong question? Perhaps the right question is not whether rewards to whistleblowers lead to more and better reports. Perhaps we should be asking ourselves whether it is fair that whistleblowers, who report serious misconduct and then suffer financial and psychological consequences for many years, are compensated for that? If their reports turn about to be correct and they have been unfairly dismissed, they can try to obtain compensation from their (former) employer through the courts. But this is not an easy route and such proceedings are also costly. Wouldn’t it be much easier and fair to just give them a percentage of the fine?

Meanwhile, a couple of studies have been published that, based on US data, came to the conclusion that whistleblowers do indeed submit more and better reports when they were financially rewarded for doing so. For the time being, these rewards do not seem to undermine the ethics & compliance programs of organisations. After all, some 80-90 percent of the whistleblowers who reported externally had first reported internally. So usually, as an organisation, you first get the chance to resolve the issue yourself. Unfortunately, these organisations simply did not respond adequately.

Could it be that this has persuaded the Dutch Financial Services Authority (FSA) to start offering rewards to whistleblowers? In April 2022, it was announced that the FSA, one of the Dutch financial supervisors, wants to start offering tip money for detecting market abuse. The reason for this is that market abuse is often difficult to prove and that, at the moment, only a few parties report potential illegal acts. Think about insider trading and other illegal market practices. The FSA has requested the Minister of Finance to make it possible to award tip money by amending the law. The Minister seems to support the proposal.

By the way, the US Securities and Exchange Commission (SEC) announced in 2021 that, 10 years after the start of their whistleblower program, they had paid out more money to whistleblowers than in all previous years together. A possible explanation could be that it sometimes takes the authorities many years to conclude a case. So it can take some time for such a tip-off scheme to have an impact. We are curious to see what the scheme in The Netherlands will look like and what effect it will have. According to the annual report of the ‘SEC Office of the Whistleblower’ they received about 10 reports from The Netherlands in 2021, so the Dutch are definitely open to this possibility. 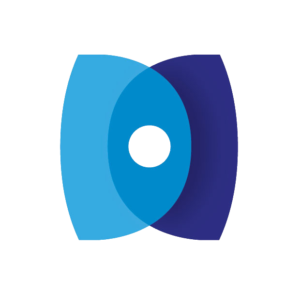