As great advocates of collective action, we visited the ‘International Collective Action Conference’ (ICAC) in Basel for the fourth time on 30 June and 1 July 2022. Not only was it great to meet many international contacts in-person again, including some partner organisations of The Integrity Coordinator, it was also instructive.

The first keynote of the conference was delivered by Margaret Heffernan, author of the book ‘Wilful Blindness’. Her book is highly recommended; so was her performance. 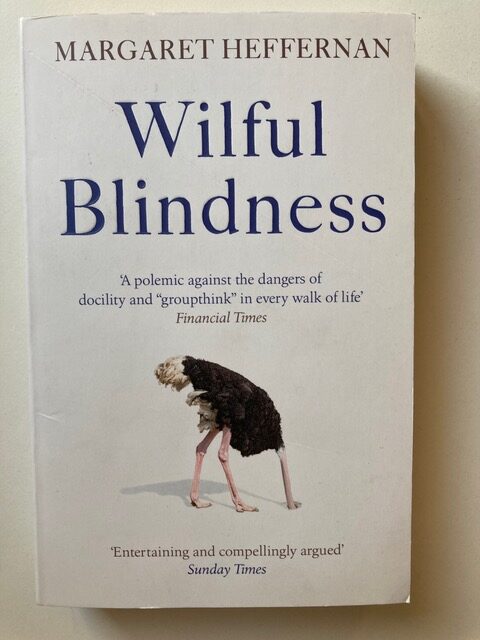 Ms Heffernan started her lecture with an anecdote from the past. At a company where she was a mentor to a board member, her mentee made the decision to leave the company because one of the other board members was constantly sexually harassing female staff. Everyone knew about it but decided to look the other way or leave. A typical case of wilful blindness. However, the mentee could no longer stand it and did not want to be a part of an organisation that tolerated this type of behaviour. Does this sound familiar?

In cases like these, people often do nothing because they feel like there is nothing they can do. According to Heffernan, it often occurs in hierarchical organisations with well-paid jobs in a competitive environment. Especially if people also work long hours, because they become cognitively exhausted as a result. There is always an opportunity to do something but in practice many people choose to look away.

Ultimately, this leads to demotivated, exhausted employees who are no longer creative. Productivity drops and there is less innovation. This can happen anywhere, in all kinds of countries and all kinds of sectors, often with dramatic consequences. Margaret also refers to the recent BBC documentary on whistle-blowers at the United Nations (a must-see!). But what happens, for example, if people no longer report crimes to the police because they no longer trust them? What if CEOs are no longer prepared to talk about the environmental measures they have taken, because they are afraid that they will be called to account for something that was not done 100% correctly? There is always something that is not quite right.

The World Economic Forum’s ‘global risk report’ shows that ‘social cohesion’ is seen as an increasing risk and the biggest risk after climate- and environment-related risks. This is problematic. After all, if there is no social cohesion, it is difficult to do business. Not many companies, for example, are eager to do business again in a country like Syria.

Yet Heffernan is optimistic. And that is because of the whistleblowers, who decide to stop looking the other way. She has done extensive research on whistleblowers.

Many have the idea that whistle-blowers are often women or people with a religious background. And that they are often a bit strange. Her research shows that this is not the case. They are often very ordinary people. They are the most loyal employees, who choose to tell the truth regardless of the consequences. And if there is a common factor to be found, it may be that many reporters grew up in a small community, where they things that you do actually matter to others.

Margaret pleads to see whistle-blowers as heroes and not as troublemakers. She indicates that she regularly teaches the ‘Giving Voice to Values’ methodology (reading tip!). Here one can learn, among other things, that there are many ways to raise an issue. 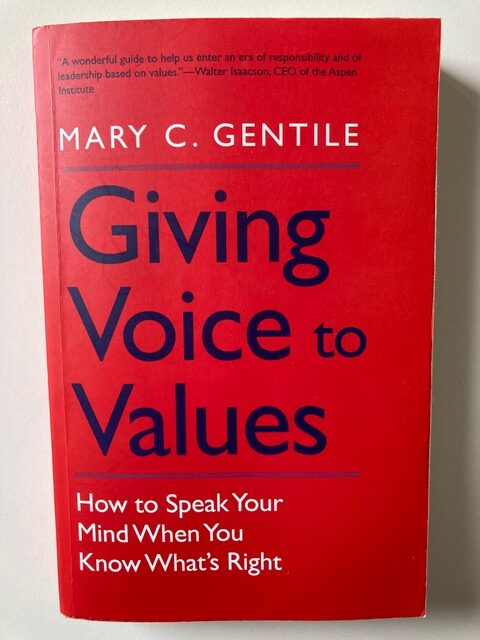 We often hear about the whistleblowers with whom things end badly. However, this is only a small percentage of the total number of reports. Rarely do we hear about the cases that end well, because the problem is solved and does not come to light. In the example Heffernan started with, her mentee eventually decided to take his story to the CEO. Since he was planning to leave anyway, he didn’t have much to lose. The end result was that the ‘bully’ was fired, and he himself was promoted to COO. These stories should be shared more often, if only anonymously.

Margaret Heffernan’s full keynote speech can be watched on YouTube. She is announced around 7 minute 30.

Are you looking for an integrity coordinator? Contact us!